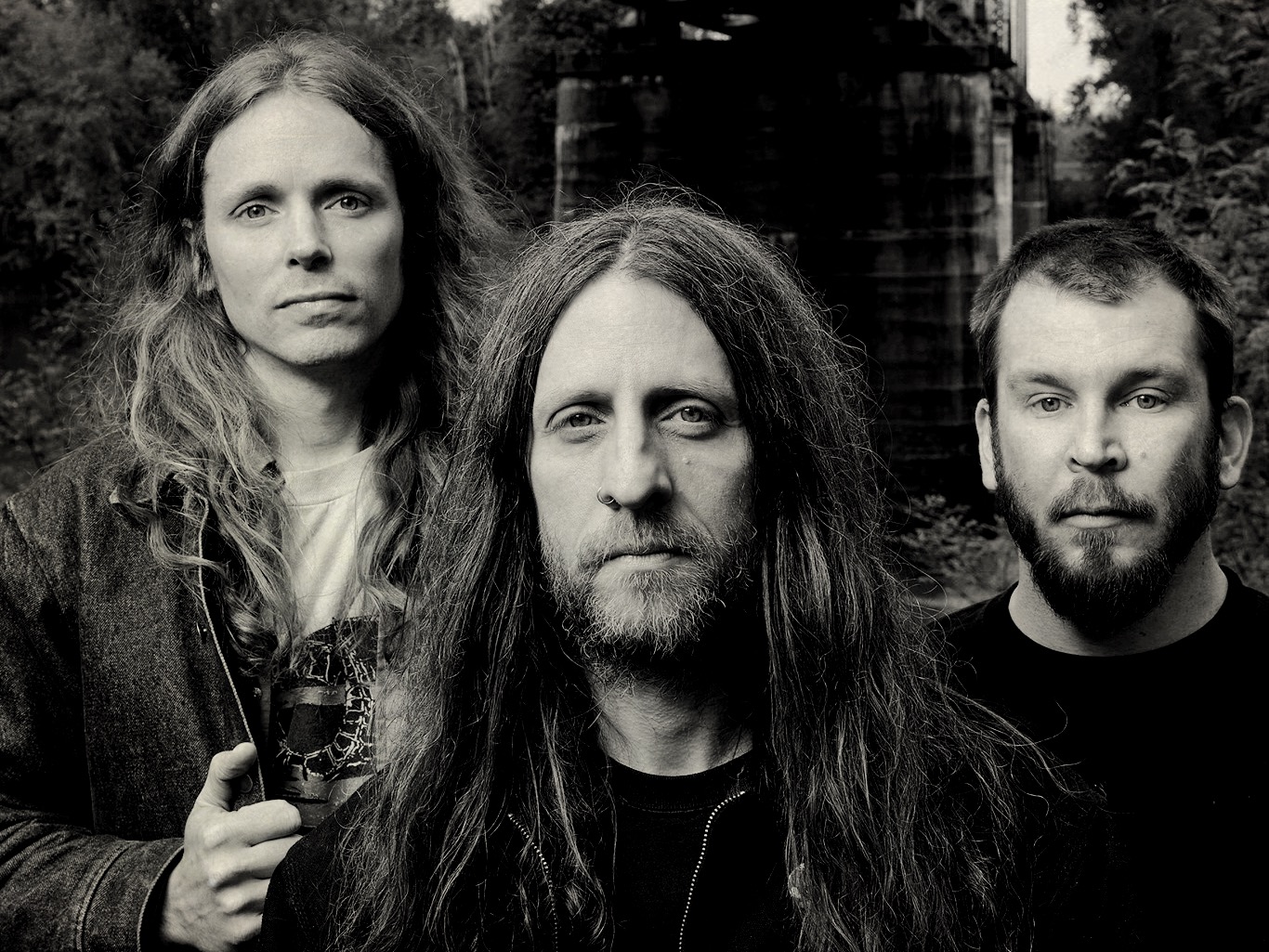 Epic, crushing, and heavy beyond words, YOB has achieved legendary status in recent years due to their unmatched aesthetic and incredible body of work. Formed in 1996 in Eugene, Oregon under the leadership of doom metal mastermind Mike Scheidt on guitars and vocals, the group initially released a three song demo tape in 2000 that garnered them international attention. Drawing comparisons to groups like Neurosis, Sleep and Electric Wizard, YOB succeeded in developing modern sounding doom metal that harkened back to the classics.In 2002, YOB released their debut album Elaborations of Carbon followed by Catharsis in 2003, a three song record that clocked in at a colossal 50 minutes. The buzz about YOB was beginning to grow and the trio began to tour more extensively. Remaining quite prolific during this period, YOB continued to release an album each year with The Illusion of Motion coming in 2004 followed by The Unreal Never Lived in 2005. Despite all the momentum, YOB disbanded in 2006.

In 2008 the band returned from hiatus and has remained strong ever since with Travis Foster on drums and Aaron Rieseberg on bass. Reinvigorated and reinspired, YOB released The Great Cessation in 2009. It was doom with a psychedelic twist, a sound that Pitchfork referred to as “cosmic doom.” At this point in their career, the band found increased exposure in the media, with The New York Times going so far as to call them “one of the best bands in North America” after a performance at Scion Rock Festival.For 2011’s Atma, YOB took a more organic approach to recording, opting to track everything at once. In Scheidt’s own words, he wanted the record to sound “grizzly, with hair on it.” Three years later, the group released Clearing the Path to Ascend, a record that upheld their legacy as a top-notch doom metal act and was hailed by Rolling Stone as the #1 metal album of the year.

Scheidt was diagnosed with acute diverticulitis in 2016 and a second bout of it in January 2017 nearly killed him. He emerged from the near-death experience with new insights and a new sense of self, all of which was poured into the bands most recent release, 2018’s Our Raw Heart, a Yob album unlike any other. Heralded as one of the best albums of 2018 by Decibel, NPR, Rolling Stone, New York Magazine’s Vulture, Noisey, Consequence of Sound, Pop Matters and more, Our Raw Heart is a brilliant musical progression in the YOB continuum, and an achievement of what heavy music can accomplish. Across seven riveting compositions of enormous volume and pensive, transcendental beauty, YOB bleed out their own organic universe of ultimate doom.

In November of 2021 the band unveiled a fully remixed and remastered version of Atma. Atma (Deluxe Version) sees Billy Barnett make the album volume-wide and monolithic in detail and space while keeping all of Jeff Olsen’s original amazing raw-punch production.Special guests will be announce soon!