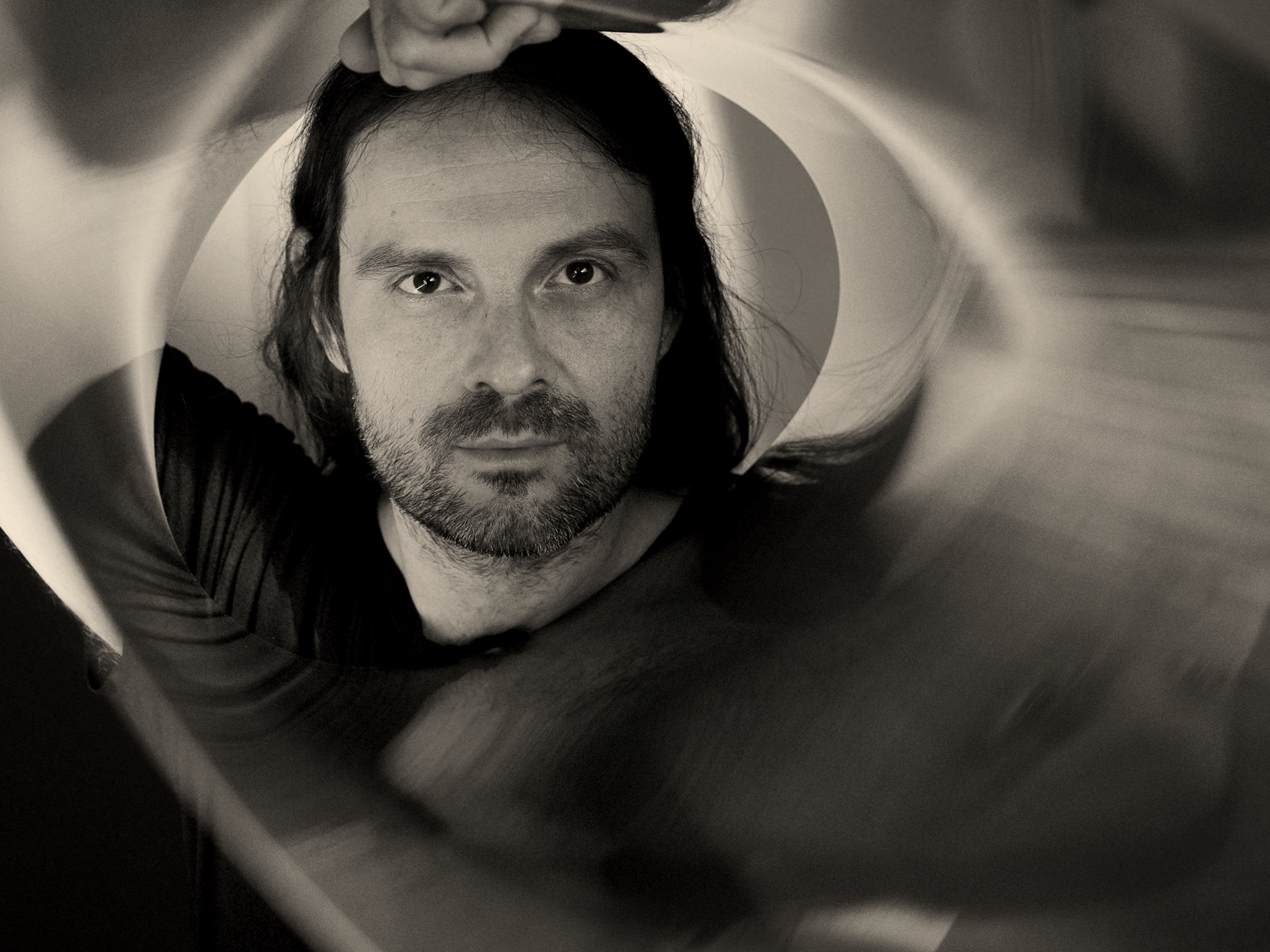 Alessandro Cortini
It’s not often that cutting-edge versatility works in unison with emotive dynamics, and it’s rarer still to come across an artist for which one quality bolsters the integrity of the other. Such is the intricately hinged practice of Alessandro Cortini, a singular presence in contemporary electronic music.

Born in Italy, and now based in Berlin after many years in the US, Cortinis notoriety first spiked once he joined the ground-breaking industrial rock group Nine Inch Nails. Primarily writing and arranging electronics for the band, he has more recently returned to the instrument that captured his attention in his youth, the guitar. Whilst working collaboratively and touring extensively, Cortini incubated a distinct medley of solo projects that have risen to both prominence and critical acclaim.

Under the moniker of Sonoio, Cortini has released a collection of synth-pop albums that culminated in last year’s celebrated release on New York’s revered experimental label, Dais. Under the aliases of Skarn and Slumberman, a parallel world of hardcore techno is unfurled in the inimitable focused style that he’s best known for. Collaborations with Merzbow, Don Buchla, and Lawrence English have all presented new aspects of Cortinis artistry, with these works all the while capturing his agile capacity for experimentation.

Orphan Ann
A collaboration that could only originate from the depths of Stockholm underground. Formed in 2015 – Orphan Ann is the duo of DIY veteran Anja Enerud (from the Masskultur collective) and Sofia Al Rammal Sturdza (SARS, Född Död). They bursted onto the scene with a pitch-dark take on synth music, combining sharp, piercing vocal chants with atonal drones and bleak drum machine patterns into a gothic weave that is equally dramatic and heartrending – but still genuinely sincere. They have since performed at various stages around the world, including the MUTEK rendition in Mexico City and Norbergsfestival in Sweden. Their debut full-length album, ​The Practice of Surrender​, is to be released on LP through the Stockholm-based Moloton imprint.