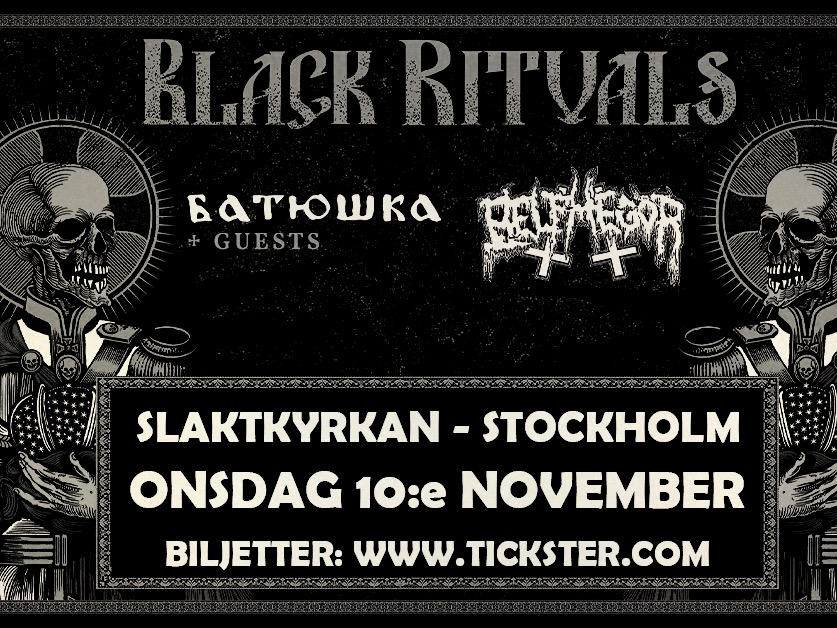 Aeternum Concerts presentsBLACK RITUALS TOUR 2021November 2021, Europe and the United Kingdom will shake from the Black Rituals, a chain of selected shows brought by BATUSHKA and BELPHEGOR.

Exactly two years after their last show, BATUSHKA will be returning on stage with their Black Liturgy:
“Expect a special spectacle composed of all our releases, and maybe there will be something premiere from the upcoming new album that we are currently working on. Accompanying the shows, we will prepare a limited special release with new songs! This release will be available only during the ”Black Rituals” tour. Please note that these songs will not be available in any digital distribution or re-issued later. It will be a one-time opportunity! We’re looking forward to Autumn, and we hope that, together with mighty Belphegor we will perform our Black Rituals that you will not forget for a long time! Be there!

”Only one week before the tour kicks off, BELPHEGOR will premiere their new album via Nuclear Blast records. Thus, everyone who visits the Black Rituals Tour will be the first ones in the world to hear the new masterpiece live. Since 1993, BELPHEGOR have been delivering their select diabolical death musick, and one album after another has nailed down the tightest black/death performances. The band’s lyrics tirelessly explore the darkest, most dismal parts of demonology, witchcraft, and the grand devil, himself.
Prepare your souls, bodies, and tickets for the Black Rituals!

+ supports will be revealed soon!